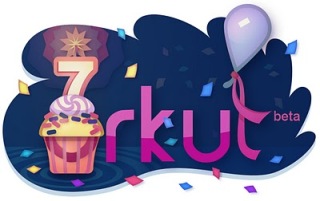 Join orkut community to hear about news and updates.

Unmaad Pronite 2011 brings to you INDIAN OCEAN & Thermal and a Quarter(TAAQ). The IIM Bangalore’s is organizing its annual cultural festival Unmaad. The theme for Unmaad 2011 is “Therefore I Am”. Unmaad 2011, celebrates this silent power that resides in every individual — the power to belong, the power to break free, to forge, to overcome and to make a difference.

IIM Bangalore’s Annual fest UNMAAD is back to spread its creative insanity and festive frenzy with the likes of Indian ocean, and Thermal and a Quarter performing live. Let the madness begin! Be there on 22nd Jan 2011(Sat)

Unmaad Pronite 2011 brings to you INDIAN OCEAN – the greatest LIVE performers India has ever seen. Click on BUY NOW; indicate the number of tickets you wish to purchase.Proceed to Pay through a Secured Payment Gateway. Exchange the coupon Printout for the Event Tickets at the IIM Bangalore

It had been a special day with an especially large crowd gathered to see the Makarajyothi near the Sabarimala shrine, all walking through a narrow, uneven jungle path, and the terrain hence made rescue and relief operations difficult.Scattered shoes and bags told a graphic story of fear, panic, pain and ultimately loss, as more than one lakh pilgrims scrambled over each other after a jeep lost control, and ran into them.

The incident took place seven kilometres away from the shrine on Friday night.The dead bodies have been taken to Vandiperiyar Hospital in Idukki. Of these, 54 have been identified. Some of the injured were rushed to Kottayam Medical College (Kerala) and Theni Medical College in Tamil Nadu.

The stats helper monkeys at WordPress.com mulled over how this blog did in 2010, and here’s a high level summary of its overall blog health:

The busiest day of the year was September 9th with 128 views. The most popular post are:

These are the posts and pages that got the most views in 2010.

Maha Lakshmi Bless You with Money, Wealth and Prosperity July 2009

Thank you one and All readers for your view, comments and feedback. Wish you All A Happy and Prosperous 2011

Error: Twitter did not respond. Please wait a few minutes and refresh this page.