Mother’s Day is here and your kids or family may prepared for your surprise gift. They might have planned a day for you like helping on Mother’s day breakfast, lunch at your favorite restaurant or evening a family get together. If you’re a mom who not only has beautiful children but also a job, you may be working late nights in the office missing a family dinner, missing from your children’s life. According to source, 34 percent of mothers admit to spending less than three hours each day with their children.

Everyone calls their property “the best” on a property site. Now how do I decide? Visit Commonfloor.com. The “only” apartment portal with unbiased property details, floor plans, interactive forum, and so much more. Commonfloor.com. For every apartment.“

Mother’s Day in India is celebrations of mothers and motherhood. A mother is not just a mom or women who given birth to a child. But one and all women who has raised a child, fulfills the main social role in raising the child, an adoptive mother, a stepmother, a surrogate mother, a woman who plays major role in helping the poor and orphaned children etc. Every Mum, hopes to give their children a bright future and on Mother’s Day it is a time to celebrate our mums and remember their sacrifice .

Mother Teresa entrusted with the mission of proclaiming God’s thirsting love for humanity, especially for the poorest of poor. Mother Teresa with a desire to become a missionary,left her home at the age of 18 and she was one of the great servants of humanity. Mother Teresa’s (original name was Agnes Gonxha Bojaxhiu) at the age of 18 she left her parental home in Skopje and joined the Sisters of Loreto, an Irish community of nuns with missions in India. There she received her name Sister Mary Teresa and on 1937 became “spouse of Jesus“. From that time on, she was called Mother Teresa. Mother Teresa’s work has been recognised and acclaimed throughout the world and she has received a number of awards and distinctions. On March 13, 1997, Mother Teresa stepped down from the head of Missionaries of Charity and died on September 5, 1997, just 9 days after her 87th birthday. Click Here for some famous quotes by Mother Teresa. 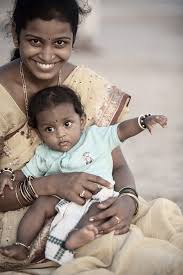 Put a smile on your mom’s face Mother’s Day

Celebrating Mother’s Day in India is not alien to India. For thousands of years Hindus have been celebrating a ten-day festival, Durga Puja, honouring the divine mother Durga, in early October. However, in India, Mother’s Day is observed mostly in cities, where people are more in contact with cultural traditions of the rest of the world. On this Mother’s Day plan something special or gift her to surprise to telling her you still remember how she used to care for you.

Here we list a few gifts and gestures that could put a smile on your mom’s face Mother’s Day.

Surprise her by making breakfast this Sunday.

Mothers day Gift ideas
Say it with flowers, cards: Keep it classic and simple with a bunch of fresh flowers to brighten her day, and a few words of appreciation through a card to let her know she is special. Ferns N Petals has a wide range of bouquets to offer, and these can be conveniently ordered online.

Make her tech-savvy: Put your mother in touch with the latest in technology and gift her a laptop, a new smartphone or iPhone, an iPod or perhaps even a new LCD screen on which she can watch and enjoy her favourite shows.

Jazz her up with jewels: A ring, neckpiece, bangle or a pair of dangling earrings — loosen up your pocket to buy your mother some pure gold or diamond jewellery. She will be more than happy to flaunt it. For those with a limited budget, try charming her with art jewellery from stores like Karigari, offering a special 15 percent discount for the occasion.

Warm up her wardrobe: Clothes are never enough for a woman’s wardrobe, but give your mother’s closet a contemporary twist. Buy her a designer sari, a salwar-kameez or if she is comfortable with Western wear, check out what’s in vogue in international stores like Mango and Zara. If she usually chooses sobre colours, gift her something colourful to add brightness to her looks.

Pamper her with a spa session: Bringing up a child is not a child’s play. So what better way than to ask your mom to relax for once? Gift her a spa session, which will rejuvenate and energise her. Several spas and parlours are doling out special packages for Mother’s Day, with VLCC even offering a slimming programme for moms who want to get into shape.

A date with mom: A perfect Sunday brunch at a nice eatery or a chilled out dinner date to a pub that your mother may never have gone to will give you a chance to pull your mother out of the kitchen. And she won’t be complaining at all!

If there is any one woman, other than your own mother, who has been a mother figure to you, surprise her by visiting her with a box of chocolates. 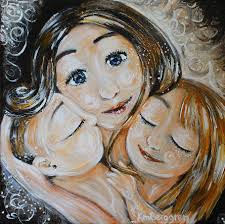 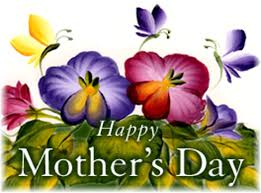 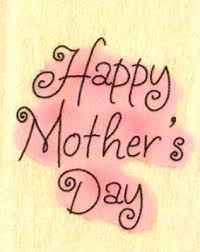 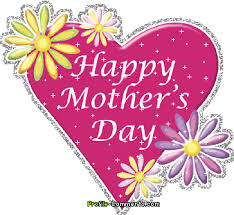 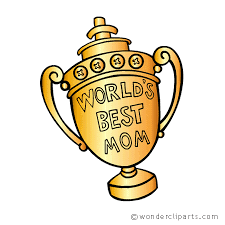