The Indian women’s cricket team partnership score is the first 300 plus stand in Women’s ODIs. The base for this record score was setup by openers Deepti Sharma and Punam Raut who combined for a women’s world record of 320-run stand for the opening wicket with Sharma scoring 188 and Raut scoring 109.

Indian women’s cricket team posted their highest ever team total, surpassing their previous best of 298 for two against West Indies women made in 2004. India scored 358 for three in match eight of the Women’s Quadrangular series at Senwes Park, Potchefstroom against Ireland women.

India women went on to beat Ireland women by 249 – the six largest victory (runs) in Women’s ODIs – bundling out their opposition for 109 runs.

India vs South Africa is expected to be an interesting match as both are strong teams and one of the most powerful of ICC Cricket World Cup 2015. Both the teams has won their first match and in confidence for the match on 22nd February in Melbourne.

India vs South Africa Match Prediction is thus tough to make as both the teams are equally strong.Many factors will be responsible for the result of the match.Looking at the pitch,it is favourable for bowling and South Africa has got great bowlers like Dale Stein,Morne Morkel etc. India has got some decent bowlers with Ashwin,Yadav and Shammi. Shammi was the leading wicket taker last year. However Indian bowlers lack experience as compared to South African bowlers.

Sachin, who had praised Virat Kohli for his match-winning tendencies, also warned India of being over-dependent on the star batsman and singled out Ajinkya Rahane as an underrated talent. Commentating on the bowlers, Tendulkar said that Mohammed Shami and company should take individual responsibility and rely on momentum.

After India Vs Pakistan, cricket enthusiasts and fans are waiting for the India v/s South Africa match an exciting Pool B clash at the Melbourne Cricket Ground. Twitter and Facebook trends like #wewontgiveitback, #maukamauka etc are trending in support of Team India and South Africa.

Team India fans are confident, this time India will defeat South Africa. South Africa fans are also confident that history will be repeated like the previous three occasions where they clashed during the coveted event in 1992, 1999 and 2011 India losing by six, four and three wickets respectively.

To know who will win, cricket fans will have to wait till February 22nd Sunday. Both the winning teams of their respective 1st match will compete against each other on 22nd February in 13th Match of ICC Cricket World cup 2015.

See how India gives it back to South Africans for mocking them with ‘Mauka Mauka’
Indian fans come up with their own reply to the ad jibe.
https://www.youtube.com/watch?v=OSP7o4lzIoQ 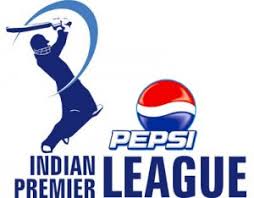 The mystery lady’s name is Madhura Honey, a post-graduate from Bengaluru.

Just after the Indian contingent, comprising 40 athletes and 11 officials entered the stadium, it was surprising to see an unidentified lady, wearing a red jacket and turquoise blue tights, also walk right at the front.

“It was an eyesore and she spoilt the entire Indian march past. Before entering the arena, the identity card of each Indian athlete and official was checked by security. I think there should be an inquiry into how this lapse took place and the LOCOG has to explain to India,” Indian acting chef de mission PK Muralidharan Raja.

London 2012 Olympics:India’s flag bearer Sushil Kumar holds the national flag as he leads the contingent in the athletes parade during the opening ceremony of the London 2012 Olympic Games at the Olympic Stadium July 27, 2012.

Meanwhile, an Indian newspaper Deccan Chronicle said the mystery lady’s name is Madhura Honey, a post-graduate from Bengaluru. The daily reported her friend from the college was also baffled seeing her with the Indian contingent. She has been living in London and before she went with the Indian team, she had displayed her Olympic passes on her Facebook account. But once this became an issue, she had deactivated her Facebook account.

The Indian Olympic Association (IOA) is upset that someone strayed into the march past and it could actually have security implications as well. The IOA made sure everybody at the ceremony conformed to the dress code.

At the Beijing Olympics in 2008, Sania Mirza came in for a lot of flak as she took part in the march past wearing jeans. The tennis duo of Sania Mirza and Sunitha Rao were attired in black trousers and practice jackets. Not only did the two not follow the dress code, the contrast was even more jarring to the eyes when they walked with Delhi paddler Neha Aggarwal who chose a greenish saree for the occasion.

The lady in red is Madhura Honey, a post-graduate from Bengaluru.

Sourav Ganguly not to play IPL 2013
Subrata Roy has told CNN-IBN that Sourav Ganguly will remain just a mentor of the team from 2013.
http://cricketnext.in.com/news/sourav-ganguly-not-to-play-ipl-2013/65683-13.html

A blog by Rakesh HP