In summer season there is highest possibility that eating of stale or rotten food and drinking of filthy water can result in catching stomach infection. The most common stomach ailments that register highest growth in summer season are diarrhoea, typhoid and cholera. Regular vomiting and loose-motions can bring lot of weakness, pain and laziness in the body.

Title Insurance Policy protects you against loss in the event of defective titles, forgery, frauds in realty transactions. The word “title” is a legal term that means you have legal ownership of property.  While many companies are planning to tap this huge potential sector, four to five foreign title insurance companies are keen to do business in India on this product. The title insurance companies assure that if they miss any information that may result in financial loss, they will undertake the same.

Holi is festival of colors and brings people close to each other. It is celebrated on the full moon day in the month of Phalgun which is the month of March. Holi was traditionally played by making colors from flowers. However, during Holi demand for color are very high and some unscrupulous traders mix chemical dyes to base material. These harsh chemicals in Holi colors can cause itching and rashes.

Some of safety measures to be adopted for celebrating safe Holi are following.

Read More…Guidelines For A Safe Holi from CommonFloor.com

Wish you all a Happy, colorful & Safe Holi

Wish you all a happy Women’s Day

On this day it is customary for men to give the women in their lives – mothers, wives, girlfriends, daughters, colleagues, etc. – flowers and small gifts. In some countries (such as Bulgaria and Romania) it is also observed as an equivalent of Mother’s Day, where children also give small presents to their mothers and grandmothers.

Decorating Kids’ room plays vital role in your home decoration or interior decoration. Unlike decorating the other rooms, kids’ room requires a slightly different approach. Kids want to enjoy the freedom everywhere and do whatever they like. The first step in Designing or Decorating Your Kids’ Rooms is to sit down with your children and talk to them. Let them help you in choosing his colors, themes and materials. Find out their general likes and dislikes, then figure out all the different things the room will be used for. Read More for Tips for designing a kid’s room 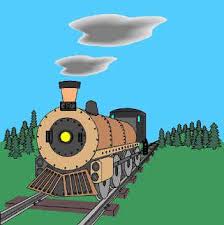